Executive Director
Betty M. Ruth
Executive Director - Betty Muse Ruth has been the director since October 13, 1978. She holds a Bachelor's Degree from Athens State University in Business Administration and Master's in Business Administration from the University of North Alabama.
Betty is currently serving as President of the National Association of RSVP Directors. She has served on the national board in various positions including President, Vice President and Treasurer.   In addition she is currently serving as President of the Southern States Association and served in various positions on the Alabama Association of RSVP Directors.   Betty was appointed by Governor Bob Riley to the Alabama Department of Senior Services Board of Directors for a four year term.  She was appointed to the Governor's Commission on Faith-Based and Community Initiatives (Serve Alabama)  in 1993 and is currently serving as Co-Chair of the Commission.  She served three terms as chair of the Commission.  The Governor of Alabama appointed Betty as a Delegate to the White House Conference on Aging in 1996.  Betty served as a delegate to the 2005 White House Conference on Aging.  She was appointed by Congressman Bud Cramer.  Betty serves on the Athens State University Alumni Board of Directors and chairs the Alumni Awards Committee.
Betty is married to Larry Oliver, has one child, Tommy, and daughter-in-law, Johanna.  Betty and Larry were blessed with a beautiful grandson on August 7, 2005.  His name is Nicolas Paul Ruth.  Nicolas and his parents reside in Denver, Colorado. 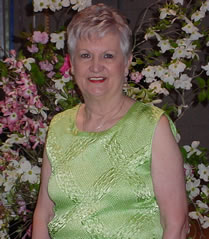 Secretary and Office Assistant
Willa Dean Morgan
She is a native of Limestone County.  She has worked with RSVP since 2001. She retired from the Federal Government in l988 and has been an active volunteer since her retirement. She has served as a volunteer with American Red Cross, Meals on Wheels, Department of Human Resources and other Organizations.  She is now an Ambassador for the Greater Limestone County Chamber of Commerce.
Dean is very active with the National Active and Retired Federal Association (NARFE), serving as President of the Alabama Federation, District Vice President, President of the local chapter, and other positions. She has three daughters: Sharon Zirbel, Susan Clem and Donna Miller, several grandchildren, great-grandchildren and five great-great-grandchildren.

Volunteer Coordinator
Bobbie Brooks
Graduated High School at Oakman, Alabama and attended Athens College.  She has two children,  three grandchildren and three great-grandchildren.  Bobbie’s travels have included most of the fifty states, Canada, Nova Scotia and Europe.  When not working at the RSVP office, she spends her leisure time reading, taking pictures of family, scenery and other special events.  During the summer months she enjoys working with potted plants.   Her new hobby is surfing the internet and corresponding with friends via e-mail. 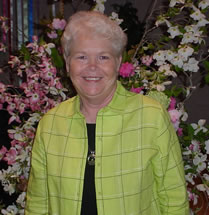 Transportation Coordinator
Marilyn Posey
Marilyn is a native of Limestone County.  She graduated from Elkmont High School and attended Calhoun Technical College.  She is married to Larry Posey.  They have two sons, Lee and Jeremy.  Lee is married to Jennifer Gandy; Jeremy is married to Tasha Kirby. Marilyn has 6 grandchildren.   She worked eight years for the State Vocational Rehabilitation Service and seven years for the County Board of Education.
Marilyn has been employed at RSVP since June 5, 2000 as transportation coordinator.  Her activities include taking the Golden Age Band to various retirement homes, senior centers, and assisted living facilities.  In addition, she takes Nursing Home residents out for pleasure rides each week and RSVP volunteers to their volunteer stations.  Her job with RSVP is fulfilling and rewarding.
Home Page | Voluteer Opportunities | Signature Programs | Contact Us | Staff | Donate | Newsletter | COVID 19 Info | Volunteer Application Form | General Site Map
409 West Washington St  P. O. Box 852 Athens, AL 35612
(256) 232-7207 Fax (256) 232-8842
E-Mail bruth@al-rsvp.com
Back to content | Back to main menu